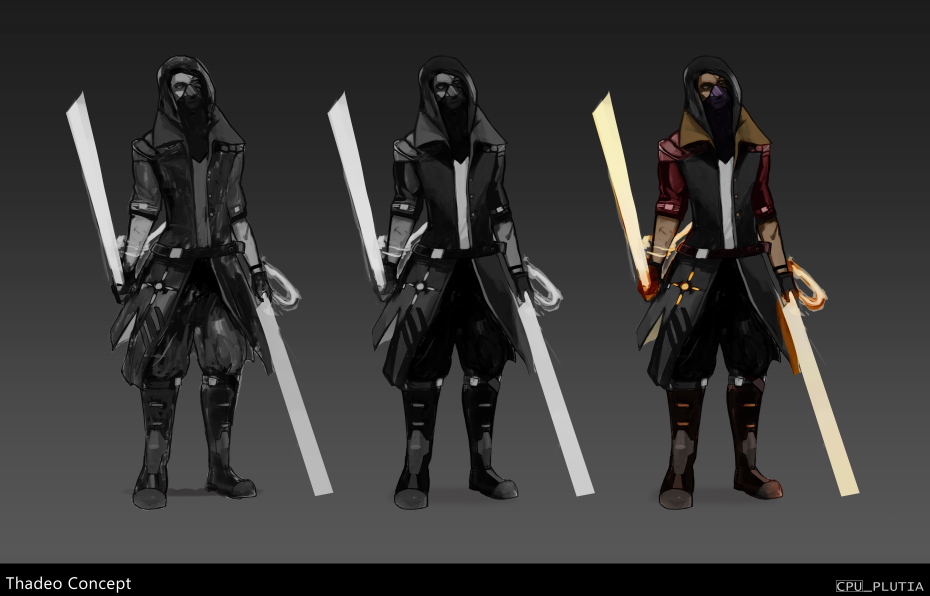 Thadeo is a 23 year old Mercenary for hire who works solely to pay the medical bills of his last living relative, a comatose woman in a hospital whom he’s never actually spoken with. He is commissioned by Elena and the rebellion to find and rescue her mother, the political leader of the rebellion. Thadeo is also a programmer who created a program/mod called the Brainspeak algorithm which allows deviants to communicate with their machine art mentally. No one knows the identity of the Devil’s Shadow save the rebellion who is constantly asking Thadeo to join them in their fight against the government.